On May 21, 2013, Rachel Pentecost was leaving a revival service where her father was the evangelist when the night’s heavy rain caused the car she was driving to hydroplane off U.S. 431 near Dunmor and hit a tree. Emergency personnel and doctors say she is lucky she survived, but Pentecost said she isn’t “lucky” — she’s “blessed.”

The driver’s side of her car was pinned beside a tree with her legs trapped inside. She was conscious the entire three hours and 20 minutes it took emergency personnel to extricate her from the vehicle. Because of the weather conditions she couldn’t be flown to a trauma hospital, so she was instead taken by ambulance to the Owensboro hospital. After being removed from the car Pentecost said she doesn’t remember much, but one statement she heard kicked her survival instinct into gear.

“They say that hearing is the last thing to go before you pass away and I was laying there and I remember hearing a doctor say, ‘there’s no way this girl’s going to make it.’ And I am very stubborn and if you tell me I can’t do something I am going to prove to you I can,” she said. “I honestly believe God allowed me to hear that to make me want to fight more. I knew I had to fight.”

She had to have her heart shocked three times while in Owensboro; she was given 29 units of blood (she received a total of 94 units through her entire journey). Her blood pressure was too low to be life flighted to Vanderbilt and her family was called in to say their last good-byes, but Pentecost wasn’t done fighting. After defying the odds, she was eventually able to be flown to Vanderbilt where she spent 35 days in trauma undergoing numerous surgeries, one that resulted in an above the knee amputation of her left leg, and several rounds of dialysis for her failing kidneys. Her right leg was saved, but had to be completely reconstructed with metal rods and pins from her femur to her toes.

When Pentecost heard the news about her amputation, she said she was just so happy to be alive that the magnitude of it didn’t sink in for a while.

The damage to her right leg slowed down the healing and rehab process. She spent four weeks at Vanderbilt Stallworth Rehabilitation Hospital before coming home. (She would later go back to Vanderbilt for 15 days for an additional surgery for a bone graft and three more weeks at Stallworth for additional rehab). What she had hoped would be just weeks turned into months before she was able to begin to gain some of her independence back.

“After coming home everything really started to take a toll on me because I had been so independent,” she said. “It was hard having to rely on someone else. I was always on the go and never sat still (before the accident) and it was just in a halt. I laid in bed for months. It was very, very hard.”

The occupational and physical therapy — three days a week for a year and a half — got her through the physical struggles and pain after her accident. And while Pentecost said she couldn’t have made it through the struggles of her post-accident life without her strong support system of family and friends, it was God and her faith in Him that got her through the darkest of times as she battled severe depression.

“God was what got me through it — 100 percent,” she said. “I am so much closer to God since (the accident). Without Him I wouldn’t be here. It is nothing that I have done. He just gave me the strength to get through it all. It is because of Him that I am here.”

Pentecost has had to learn to do things differently now — things she said she often took for granted. Besides having to learn how to walk again, showering and bedtime rituals have changed. Swimming, an activity she loves, is different now. Standing or walking for long periods of time is difficult at times and she can only wear “cute shoes” for a short period of time. She is still adapting to all the changes in her life, but considers herself to be independent now even though it is more of a challenge than it used to be.

In some ways, Pentecost said, recovering mentally was just as hard, if not harder, than recovering physically.

“For 19 years you have two legs and then boom you lose one and have a damaged one,” she said.

The accident is still difficult for her to discuss. She doesn’t like to talk about it much. She still suffers from PTSD and nightmares from time to time. She can’t ride in small cars because she feels like she is trapped and it took nearly a year for her to be able to get behind the wheel again for fear that something would happen.

Depression was her biggest hurdle, and she said she turned to drugs and alcohol to try and numb the mental pain caused by her accident.

“It just numbed it for a little bit,” she said. “It would go away only to come back.”

One day she began questioning God asking why He would allow something like this to happen to a 19 year old. That is when she said she heard a voice say to her, “Why not you Rachel? What makes you so special?”

She then began to think about the story of Job and how the Bible tells that even though he lost everything he had, he still praised God.  That day instead of doubting God, she started trusting God. That is when she said she no longer needed worldly things to numb her pain.

“God took care of me and I was filled with joy,” she said. “I am a stronger person because through the darkest times in my life I relied on God, and now I know that I can go to Him for anything and He will get me through.”

May 21, 2013 is a day that changed her life, but she said her accident doesn’t define her. It is something that happened to her —  not who she is.

“I am still the same Rachel. I can do anything anyone else can. It just takes me a little longer,” she said.

It was a sad and difficult day, but a day she looks back on now as a time that she was able to persevere and conquer because of her faith in God.  That day made her a stronger person; someone who looks at life a little differently.

“I want people to know that you never know what life is going to give you, so don’t take what you have for granted. Be thankful for what God has given you.”

She said she thinks she is a more caring person now because she realizes that you never really know what a person is going through.

“On the outside they can have a smile, but on the inside they could be dying. I realize that now,” she said.

When people look at Pentecost she hopes they don’t see her limp or scars, but an example of what God can do in their lives. She wants them to see that “with God all things are possible” and wants them to rely on God because “you can’t get through life without Him.” 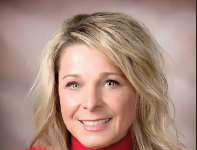 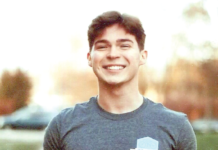 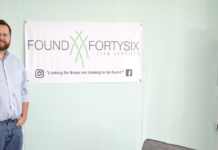