He is survived by his daughter Allison Talley, one grandson and three granddaughters, brothers J.C. and Larry Lyons, sisters; Romona Wright, Alice Rector and Nina Eicher.

Visitation for Mr. Lyons will be Sunday, January 20, from 5:00 p.m. until 8:00 p.m. at Tucker Funeral Home in Central City. Burial will be Private. Online condolences may be made at www.tuckerfuneralhomes.com.

In lieu of flowers expressions of sympathy may take the form of contributions to the JohnWilliam Lyons Memorial Fund, c/o of Tucker Funeral Home, P.O. Box 548 , Central City KY 42330. 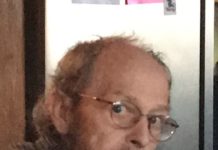 We’ve been complacent for too long

General Assembly Moving Ahead with Work in 60-day Session

Marshall County Tragedy Has Hit All of us Hard