People remember their wedding for many different reasons. Many times for the guests, the wedding cake stands out in their minds.

And when people in Ohio County think of wedding cakes, they often think of Frances Southard.

Southard, who passed away Sept. 3, was a cake architect who loved to bake. She took a homemaker class back in the early 1980s and that set the stage for her to start baking. It wasn’t just creating a cake for a bride’s special day that she loved, it was cooking in general that she enjoyed, according to family members. Fixing Sunday dinner for her family was one of her favorite things to do, they said. Fried chicken, mashed potatoes with gravy and biscuits were among her specialties.One of her superpowers, according to her family and friends, was that she never used a measuring cup. Southard referred to herself as “the crazy ol’ woman,” but she wore that badge with honor.

On July 27, Southard was at the farmers market selling fried apple pies, which wasn’t out of the ordinary. She later went to the hospital at Nashville where she would always take the doctors and staff turtle candy. She spent about three weeks there and was transferred back to Ohio County to the hospital. It was five short days later that she passed away. Martha Frakes, Southard’s sister, said that Southard asked just days before she passed away, “When did I get old? I don’t feel old.”

Southard enjoyed cooking and shared her talents with many people from the county and beyond. She catered many events including regular monthly Ohio County Chamber of Commerce meetings. Clint Black is among those that got to enjoy a southern, homecooked meal from Southard.

Besides wedding cakes, Southard was also known for her candies. Frakes said her sister’s signature meal was pork loin, mashed potatoes, green beans, coleslaw and rolls. Everything Southard made was from scratch, but she told her sister, “you can’t make mashed potatoes unless you use a Kitchen Aid mixer.” She said the mixers are expensive, but the mashed potatoes don’t taste good otherwise.

Frakes shared that her sister had 80 great years and only six bad weeks. Southard’s cooking will be missed by many, but the memories she has made throughout the county and the people that have enjoyed her cooking will last forever. Southard passed on her love for baking and cooking to her grandchildren in hopes that her style of cooking would never be lost. 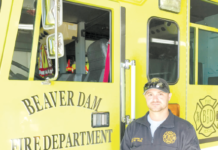 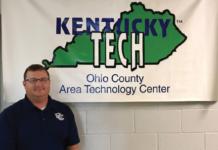 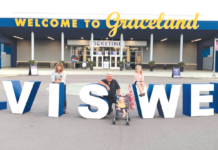 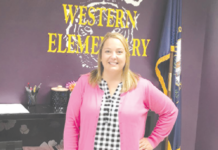